Nike and the Finnish Football Association unveiled the new home and away jerseys of the Finnish national team together.
The Finnish national team’s 2020 collection was inspired by the fearless attitude that helped the men’s team qualify for the continental competition for the first time.
In Finnish culture, the concept of “Sisu” is sacred. It can be explained as extraordinary determination in the face of adversity – a gritty, steely perseverance.
Finland’s 2020 home jersey relies heavily on the national flag. The blue cross is based on the white jersey and extends outwards in both vertical and horizontal directions. 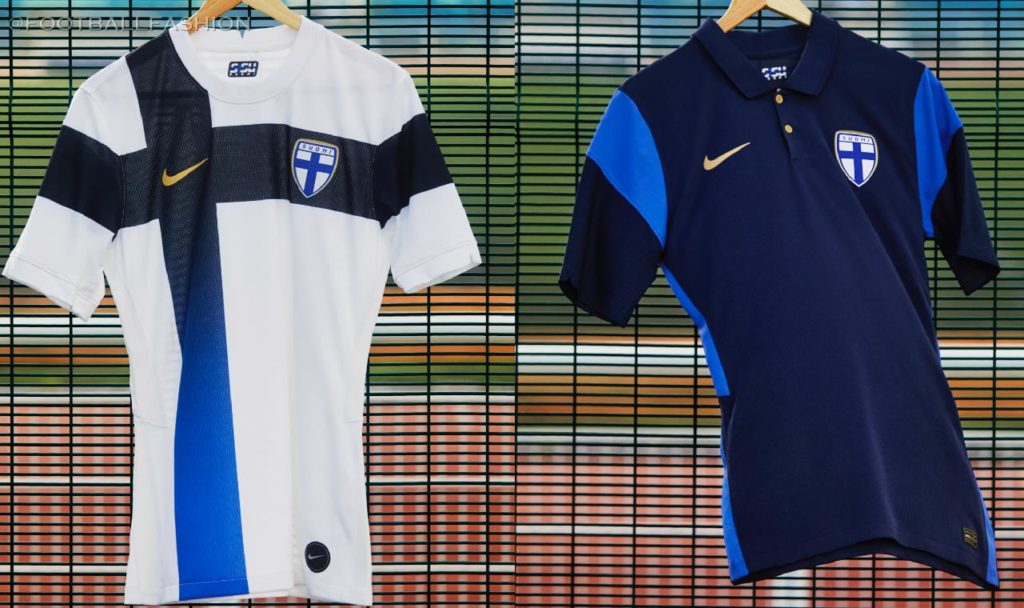 The vertical stripes transition from royal blue to dark blue, and the horizontal stripes stretch from one shoulder across the chest to the other, with a gold Nike Swoosh and a gold-trimmed national team emblem. White shorts and socks complete the look, with a blue band at the calf and a gold Nike Swoosh inlaid on the sock. The word “Sisu Suomi (Sisu Finland)” is displayed on the collar in the colors of the Finnish flag, expressing a sense of pride from the heart.
The away jersey is mainly in dark navy blue, with a retro lapel design and two gold buttons on the collar. The shoulders and sides of the jersey are decorated with royal blue. Like the home jersey, the chest is prefixed with a gold Nike Swoosh logo and a gold-trimmed national team badge.